This browser is not actively supported anymore. For the best passle experience, we strongly recommend you upgrade your browser.
viewpoints
Welcome to Reed Smith's viewpoints — timely commentary from our lawyers on topics relevant to your business and wider industry. Browse to see the latest news and subscribe to receive updates on topics that matter to you, directly to your mailbox.
All Posts Subscribe
February 5, 2020 | 4 minutes read

As the cannabis industry continues to face financial uncertainty on a macro level, with companies struggling to raise or borrow additional cash to keep the lights on, I have been asked, “What happens if the money runs out?” I actually wrote an article about that a few months ago (link), but I wanted to focus on one specific aspect of the problem facing financially-distressed non-hemp cannabis companies.

As I noted in the article, non-hemp cannabis companies cannot currently (and likely will continue to be unable to take advantage of the protections afforded by federal bankruptcy law. Bankruptcy courts (there is no state bankruptcy) have made it abundantly clear that companies with a connection to the federally illegal non-hemp cannabis industry, whether direct or indirect, are ineligible to maintain a case in bankruptcy. (Presumably, since industrial hemp is no longer a controlled substance under the Controlled Substances Act, the same result would not apply to a company working only with hemp, but so far I have not seen any reported cases.)

So, instead, distressed non-hemp cannabis companies are left without one of the most powerful weapons when dealing with creditors, and with few alternatives, one being the appointment of a receiver. I would like to focus on a specific aspect of those creditor negotiations – relative rights. Most of these companies have creditors that are “unsecured”, meaning that they do not have a lien on the assets of the debtor to secure the obligation. For example, if you are selling a product to a manufacturer, and have a receivable from the buyer (making you a “trade creditor”), you are generally an unsecured creditor. There are some exceptions to this, but unless the other side affirmatively agrees to grant a lien or the creditor holds a judgement, the creditor (seller, lender, landlord, etc.) is unsecured.

What then happens if a non-hemp cannabis company owes money to many different creditors – convertible note holders, suppliers, service providers, landlords – none of which have a lien on the company’s assets (assuming the company did not grant one and/or the creditors do not hold a judgement against the debtor? Each of those creditors is generally entitled to attempt to collect on the money they are owed (again, there are exceptions, contractual and statutory), meaning that each creditor can file a lawsuit to collect on the debt. The rules and requirements vary drastically by state, but generally speaking, if a creditor sues and obtains a judgment, they can then enforce the judgment by filing a lien against the debtor’s assets to secure the obligation to pay the judgment or if real estate is involved the judgement itself may act as a lien against the real estate. That lien then gives that successful creditor priority over all of the unsecured creditors, and any other creditors that obtain a lien after them, and a right to seize and sell off the assets without having to share the sale proceeds with the other creditors.

To make matters more dire, certain states have a right of prejudgment attachment, which allows a creditor suing to put a lien on a debtor’s assets shortly after filing the complaint and before judgment. This right exists to preserve the company’s value and prevent the company from transferring or selling off assets in bulk or in a fire sale. To obtain a prejudgment lien, creditors generally have a burden of proof that they are likely to succeed on their claims (although in some instances, emergency relief can be obtained on a more limited showing that the assets are at risk of being concealed or disposed of). When the amount owed is clear and not in dispute, the more likely a judge will grant the prejudgment lien, assuming state law permits prejudgment liens. Certainly, the creditor still needs to ultimately prove their case and obtain a judgment, but the prejudgment attachment lien gives that creditor a front place in line.

Where available, this right can be a very powerful tool for an unsecured creditor. While not many states allow the prejudgment lien to be used unless the creditor can show there is a fraudulent transfer (essentially, an attempt to avoid a debt by transferring money away from the company), some states, such as California, allow for this more expansive use of the remedy by trade creditors. What this leads to is a “race to the courthouse” – if a creditor believes that a company is distressed and not likely to pay the bills, they may be incentivized to quickly file a lawsuit and obtain a lien to take priority over other creditors, who may be thinking of doing the same thing.

So where does this leave the distressed company facing the possibility of multiple creditors rushing to file lawsuits to protect their interests and take liens on the company’s assets? Unfortunately, there is no good or straightforward answer to this question, since the typical solution – bankruptcy – is not available. Instead, a non-hemp cannabis company is left having to negotiate with creditors to prevent litigation, naturally with the assistance of qualified lawyers and financial advisors. It is a matter of finding the right points of leverage and incentives, which could include sharing in the upside, converting obligations to equity (although that can be tricky in the regulated environment of non-hemp cannabis), the cost and time of litigation, and restructuring of relationships. Needless to say, none of this is easy or inexpensive, but it can mean the difference between keeping the lights on and shutting them off. 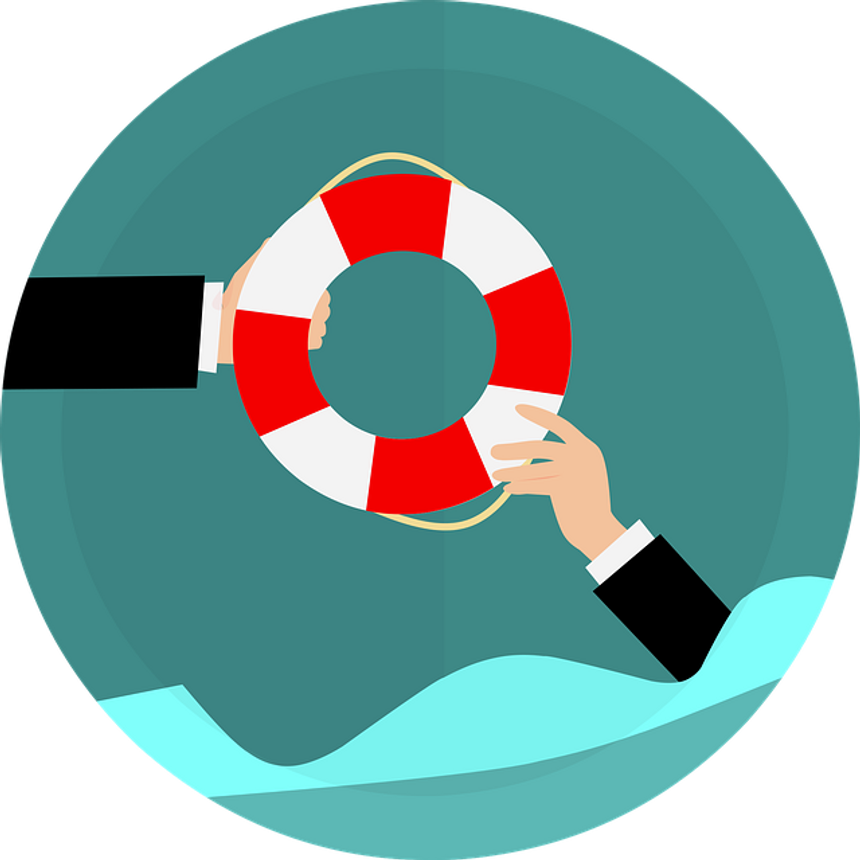