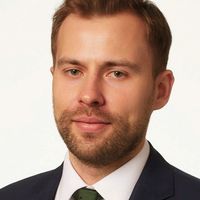 The Maritime Domain Awareness for Trade — Gulf of Guinea is reported by Tradewinds to have received information from military sources that an armed group is planning an attack against vessels in Zone D, which covers areas off the coasts of Cameroon, Equatorial Guinea and Gabon.

The types of attacks previously seen in the Gulf of Guinea have been broad, ranging from relatively minor theft of personal belongings, through kidnap for ransom attacks, to sophisticated operations targeting cargoes – according to the U.S. Department of Transportation Maritime Administration, three out of six hijacked vessels in 2019 were petroleum tankers.

The pirates are also known to use motherships to carry out attacks far off the coast. In July 2019, the International Maritime Bureau reported a hijacking of a general cargo vessel some 120 nautical miles off Brass, Nigeria.

Whilst the risk of piracy in the Gulf of Guinea is not going to be surprising to most owners and charterers experienced in operating in the area, it is worth considering the potential legal implications.

There may also be more live considerations about future or existing fixtures and whether charterparty terms entitle owners to cancel or refuse to perform.

It would seem prudent to consider whether the heightened state of alert ought to be addressed specifically in any recap terms being currently negotiated or discuss potential operational measures and alternatives for ensuring safety of the vessels, their crews and cargoes.

Shipowners have been warned to be "on maximum alert" after a warning of a new piracy threat from Nigeria.

How is a cannabis mortgage REIT going public?
Marc Hauser