This browser is not actively supported anymore. For the best passle experience, we strongly recommend you upgrade your browser.
viewpoints
Welcome to Reed Smith's viewpoints — timely commentary from our lawyers on topics relevant to your business and wider industry. Browse to see the latest news and subscribe to receive updates on topics that matter to you, directly to your mailbox.
All Posts Subscribe
March 17, 2021 | 1 minute read

As the world makes tentative steps towards emerging from the COVID-19 pandemic, the focus of many industries is emerging from it with more resilience and with a greener footprint. The aviation industry is making significant investments and exciting advances in this area as it looks to move towards a more sustainable operating environment. The International Air Transport Association has pledged to cap the industry’s carbon emissions at 2020 levels with meaningful reductions by 2050. There are several highlights to these efforts.

Significant steps have been taken to replace the use of petroleum-based jet fuel to power aircraft with a greener alternative. The use of hydrogen as a replacement is a longer-term project, requiring major technological investment and reviews of safety standards and storage systems. With substantial benefits to the industry, manufacturers are already investing in this area with Airbus’ ZEROe hydrogen-powered aircraft in development; a prototype is expected in 2035. California-based fuel cell specialist HyPoint has also recently unveiled its cutting-edge turbo air-cooled hydrogen fuel cell system to help support the commercial development of low and zero-emission aircraft.

In the shorter-term, there has been much interest in the development and use of sustainable aviation fuels (SAF), non-petroleum based fuels derived from organic waste matter which don’t require any modifications to existing aircraft or refuelling infrastructure. Several large commercial operators already use a blend of jet fuel and SAF but its current high costs hold back its capacity to be scaled up (as detailed by the Reed Smith Aviation team recently here). However, increased investment and government support may see these costs come down. The UK government, for example, has recently indicated that it may mandate the use of SAF as part of its efforts to decarbonise domestic aviation.

Rolls-Royce made headlines recently with the successful taxiing of its all-electric aircraft, the “Spirit of Innovation”. Propelled by a powerful 500hp [400kw] electric powertrain and the latest energy storage technology, the taxiing test was a key step towards its first flight, scheduled for later this year. The manufacturer is also partnering with airframe manufacturer Tecman and Norwegian regional operator Widerøe (an existing leader in this area) to develop and deliver an all-electric aircraft for the commercial market by 2026.

the aviation industry has rallied around sustainability and is currently developing the requisite technology for achieving these goals. 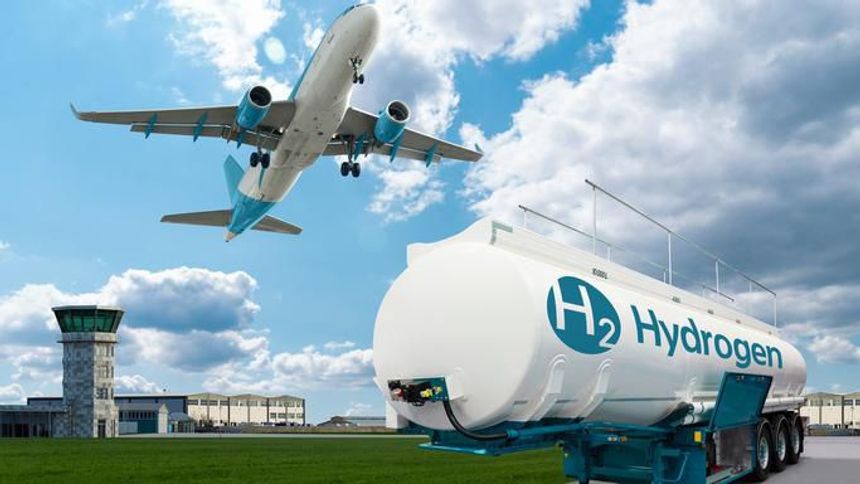