This browser is not actively supported anymore. For the best passle experience, we strongly recommend you upgrade your browser.
viewpoints
Welcome to Reed Smith's viewpoints — timely commentary from our lawyers on topics relevant to your business and wider industry. Browse to see the latest news and subscribe to receive updates on topics that matter to you, directly to your mailbox.
All Posts Subscribe
April 23, 2021 | 2 minutes read

The utilization of advanced diagnostic imaging services (MR, CT, nuclear medicine) over the past two decades has been driven by technological change, but also by rapidly changing Medicare payment policies. In a white paper written by policy experts part of the USC-Brookings Schaeffer Initiative for Health Policy, the policy team assesses the past 20 years of substantial increases in performance of advanced diagnostic imaging (ADI) services, mainly in non-hospital settings such as physician clinics and independent diagnostic testing facilities (IDTFs), followed by a shift to hospital outpatient departments (HOPDs) and then a leveling off of utilization of ADI.

These trends were influenced by an extraordinary number of legislative and regulatory policy changes, most of which reduced payment amounts for services paid under the Physician Fee Schedule (PFS) in non-hospital settings. This, they believe, likely contributed to a movement of services to HOPDs, with payment based on the Outpatient Prospective Payment System (OPPS) where rates have been less impacted by policy changes.

They offer three recommendations for improving Medicare’s treatment of advanced imaging in ambulatory settings, two of which focus on setting prices and one on managing utilization:

It seems the first recommendation would help CMS achieve more data-based reimbursement decisions for ADI. And, regarding the report’s second recommendation, it is good to see that the policy experts do not favor a policy of site neutrality mandating the same payment level for the same service, regardless of site of care. The experts suggest a more refined approach instead.

The last recommendation for increased use of prior authorization is puzzling given the almost universal criticism by the industry. Prior authorization is perceived as more of an administrate barrier that a useful arbiter of appropriate imaging decisions. In 2022, Medicare is poised to fully implement requirements that ordering physicians must consult approved appropriate use criteria (AUC) using clinical decision support mechanisms. If AUC does go into effect, one can expect that its utility in assuring appropriateness could be measured before a mandate for prior authorization for all orders of ADI services were embraced by Medicare.

In our view, policies affecting Medicare payment for advanced imaging during this century constitute a prime example of the “law of unintended consequences.” As we explain later, reduced prices and increased regulatory requirements created incentives for physicians to change the site of service, first from hospitals to physician offices, then back to hospital outpatient departments. These shifts were entirely predictable, even though there is no evidence in the record that they were an intended outcome of the policy-making process. 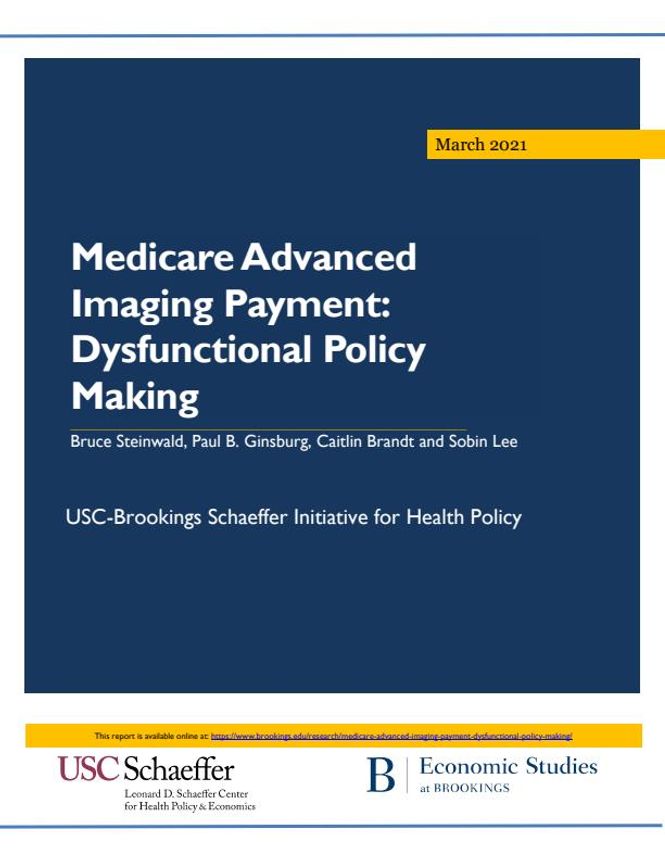