This browser is not actively supported anymore. For the best passle experience, we strongly recommend you upgrade your browser.
viewpoints
Welcome to Reed Smith's viewpoints — timely commentary from our lawyers on topics relevant to your business and wider industry. Browse to see the latest news and subscribe to receive updates on topics that matter to you, directly to your mailbox.
All Posts Subscribe
October 15, 2021 | 1 minute read

Will hydrogen become the universal fuel for aviation?

Universal Hydrogen Co announced on 12 October 2021 that ASL Aviation Holdings ("ASL") has executed a letter of intent for the purchase of ten conversion kits to enable ASL's ATR72 aircraft to run on hydrogen.  ASL will be the global launch customer for the turboprop cargo market.

All sectors of the aviation industry are under scrutiny from an environmental perspective, but particularly the air cargo sector because it has historically used older, more polluting aircraft.  It is interesting, therefore, to see ASL leading the charge in its adoption of hydrogen technology to reduce emissions.

Whilst the use of hydrogen as a fuel for aircraft has been toyed with by the industry for a number of decades (the US Air Force flew a B-57 aircraft with hydrogen fuel back in 1957), its widespread use has been hampered by the fact that hydrogen's energy density is about a quarter of that of conventional jet fuel. The practical implication of this is that it needs to be stored in tanks at minus 253 degrees Celsius in order to be liquified and, therefore, save space.

Whilst this is a significant challenge, the advantages of hydrogen, from an environmental perspective, clearly warrant the investment of time, effort and money in overcoming its limitations.  In addition to being a clean fuel to burn (the waste, being water), airports could, in theory, produce their own hydrogen fuel (by extracting hydrogen from water), thereby reducing emissions associated with transportation and transportation safety hazards.

Airbus has also set out its stall as a proponent of hydrogen as a fuel source.  Its vision of the future contemplates hydrogen as the primary power source for aircraft that it aims to put in to operation by 2035 (read more here).

In light of the above, who would bet against hydrogen becoming the universal fuel for the aviation industry? 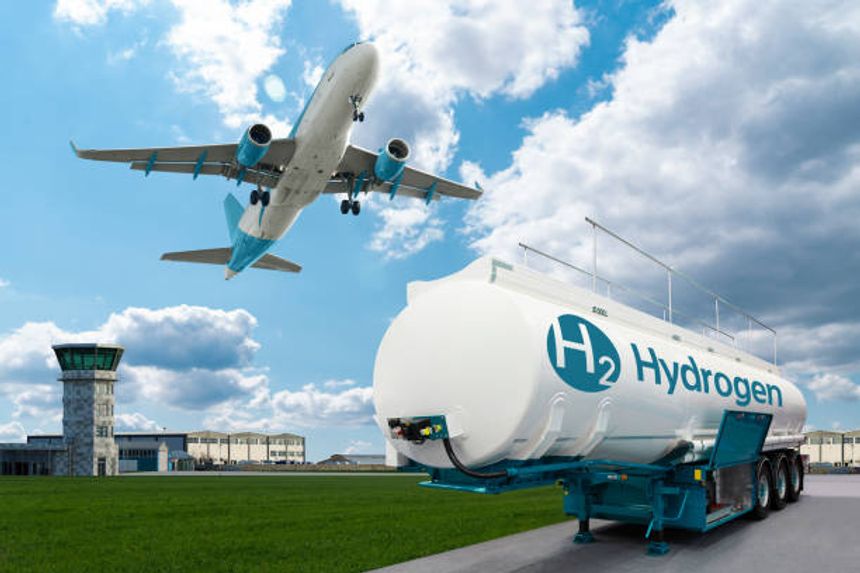