This browser is not actively supported anymore. For the best passle experience, we strongly recommend you upgrade your browser.
viewpoints
Welcome to Reed Smith's viewpoints — timely commentary from our lawyers on topics relevant to your business and wider industry. Browse to see the latest news and subscribe to receive updates on topics that matter to you, directly to your mailbox.
All Posts Subscribe
February 24, 2022 | 1 minute read

Medscape annually surveys physicians to measure happiness with their personal lives and their professional work, how their marriages and personal relationships are faring, as well as how they are maintaining their physical and mental health. They have just released the survey findings of what radiologists and other physicians have told them.

Prior to the COVID-19 pandemic, 77% percent of radiologists said they were "very" or "somewhat" happy outside of work. Today, that number has dropped to 59%. Forty-nine percent of radiologists report being burned out (seventh most among the list of 29 medical specialties of physicians surveyed), with the highest burnout levels among female radiologists (65% vs. 44% male). Noting that women report more "role strain" during the pandemic than men, Carol A. Bernstein, MD - a psychiatrist at Montefiore Health System and professor and vice chair for faculty development and well-being at Albert Einstein College of Medicine - pointed to female physician's primary childcare and homeschooling responsibilities in their households.

Fifty-five percent of radiologists reported that they were more burned out now than during the initial months of the pandemic, the same as physicians overall. Around two-thirds of radiologists say burnout affects their relationships, about the same proportion as for physicians overall. Among all physicians who said they were depressed, about a quarter (24%) said they were clinically depressed. Closer to a fifth (19%) of radiologists reported the same. Medscape spoke to Peter Yellowlees MD, Professor of Psychiatry at the University of California, Davis, who told them that "...burnout can be a vulnerability factor that leads to depression, and depression can make an individual more likely to suffer burnout."

Just as all physicians are diligent in looking for every clue to aid in the healing of their patients, radiologists need to read their own symptoms and take an appropriate course of action to stay mentally and physically healthy. The medical community must engage in self-care in order to serve the unprecedented demands placed on them by a global health crises that has not yet abated. Such steps are vital to their happiness and well-being.

The lingering effects of a global pandemic continue to take a toll on the nation's physicians, and radiologists are no exception. 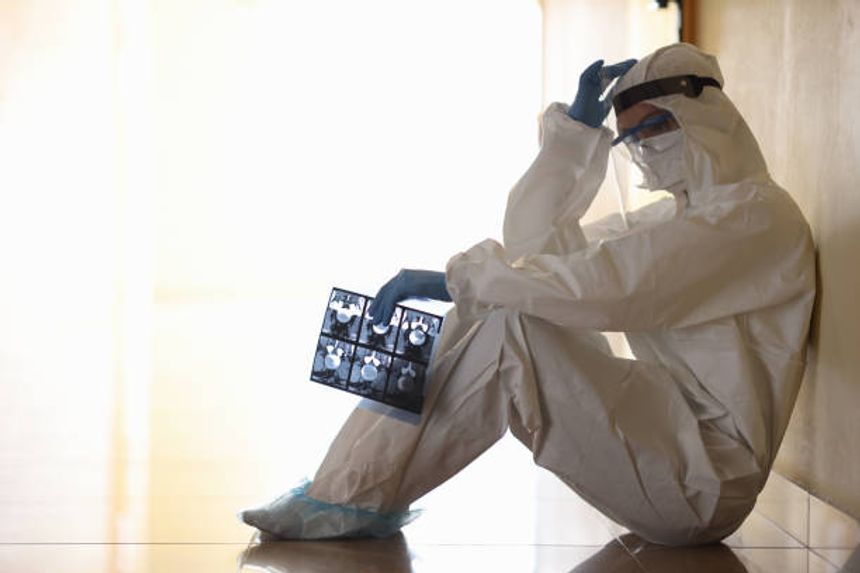