This browser is not actively supported anymore. For the best passle experience, we strongly recommend you upgrade your browser.
viewpoints
Welcome to Reed Smith's viewpoints — timely commentary from our lawyers on topics relevant to your business and wider industry. Browse to see the latest news and subscribe to receive updates on topics that matter to you, directly to your mailbox.
All Posts Subscribe
March 11, 2022 | 5 minutes read

"The decision of the Supreme Court has moved the goalposts” is what the Commercial Court judge, Mrs Justice Cockerill, stated when considering the scope of cover provided by a Non-Damage Denial of Access (“NDDA”) clause, in the most recent trial of a Covid-19 business interruption (BI) insurance case - Corbin & King Ltd v Axa Insurance UK Plc.

The Supreme Court decision being referred to here was in The Financial Conduct Authority v Arch Insurance (UK) Limited and Others (the “FCA Test Case”). The FCA Test Case had been brought by the FCA on behalf of small and medium-sized businesses (SMEs) policyholders who had suffered financial losses arising from BI caused by the Covid-19 pandemic.

At “first instance” in the FCA Test Case, the Divisional Court (consisting of Lord Justice Flaux and Mr Justice Butcher) found in broad terms that certain NDDA, “action of competent authority” and “prevention of access” clauses did not provide cover for financial losses caused by Covid-19. The main rationale for the decision was that the Court considered that the inclusion of policy language requiring “incidents” or ”danger” to occur within a specific radius or in the “vicinity” of the insured premises meant that the clauses were “intended to cover local incidents, of which the paradigm examples are a bomb scare or a gas leak or a traffic accident”. As such, the clauses provided narrow, localised cover and were not intended to cover the effects of a national pandemic. Since the Court found that there was no cover available under these clauses, it did not then proceed to consider the issue of causation.

The Divisional Court’s finding in this context was not challenged and therefore was not included in the “leapfrog” appeal of numerous other issues to the Supreme Court.

The Supreme Court’s approach to causation in respect of (separate) so-called “disease” clauses is what “moved the goalposts” according to Mrs Justice Cockerill. The Supreme Court held that, “in order to show that loss from interruption of the insured business was proximately caused by one or more occurrences of illness resulting from COVID-19, it is sufficient to prove that the interruption was a result of Government action taken in response to cases of disease which included at least one case of COVID-19 within the geographical area covered by the clause”. Consequently, each case of Covid-19 formed “equal causes of the imposition of national measures”.

For more information about the Divisional Court’s and Supreme Court’s decision generally, please find our previous articles on the decisions here and here.

The facts in the present case

The claimants (the “Insureds”) owned and operated a number of restaurants in and around London. As a result of a series of measures imposed by the UK Government during 2020 in response to the Covid-19 pandemic, access to the Insureds’ premises was restricted (for example, because their premises were forced to close or because of an enforced closing time).

The Insureds sought to rely upon the NDDA clause in their combined business insurance policy, issued by Axa, to claim the financial losses suffered as a result of the restrictions. In response, Axa denied cover for those financial losses.

The Court was asked to address two key issues relating to the scope of the cover provided by the NDDA clause:

The Court found in favour of the Insureds and held that:

In reaching this decision, the Court was first required to consider whether it was bound by the decision of the Divisional Court in the FCA Test Case in relation to NDDA clauses (i.e. that such clauses provided no BI cover in the Covid-19 context). The Court eventually concluded that it was not so bound, on the basis that the issues raised in the present case were not the same as the issues raised and decided in the FCA Test Case and, in particular, “the Supreme Court's approach to causation in relation to disease opened up the field for a different iteration of the construction argument, which approximates to the one adopted by the Supreme Court on disease clauses”.

In respect of 1) above, the Court agreed with the Insureds’ position that there must be a “danger” within a one mile radius of the insured premises (this was the radius stated in the NDDA clause), however, it was not a requirement in the policy that the “danger” should exclusively be present within that one mile radius. As such, on the true construction of the NDDA clause, it would be wrong to say that the “incident” or “danger” can only be local. This was consistent with the conclusion the Supreme Court reached in respect of “disease” clauses in the FCA Test Case.

In respect of 2) above, the Court held that “COVID-19 is capable of being a danger within one mile of the insured premises, which, coupled with other uninsured but not excluded dangers outside, led to the regulations which caused the closure of the businesses and caused the business interruption loss”. Again, this was consistent with the Supreme Court’s approach to causation in respect of “disease” clauses.

The Court found in favour of the Insureds and held that the limit of liability of £250,000 applied to each premises for each restriction/closure.

In reaching this decision, the Court considered the nature of the policy and held that it was a “composite policy” (i.e. a policy which insures the interest of a number of different insured persons) as each company had a separate interest represented by the restaurants/cafes that it owned. The effect of this is that the policy is treated as a series of separate contracts of insurance between Axa and each of the individual insured companies. As such, the limit of liability applies “per contract”.

The Court also considered the specific language of the policy. In particular, it noted that the cover under the NDDA clause was in respect of “interruption and interference with the business where access to your Premises is restricted …” and that, since the premises were in different locations, each premises could be affected differently by a “danger” triggering cover.

This decision should in principle be welcomed by policyholders with NDDA (and similar) clauses in their insurance policies, who may otherwise have understood that, following the Divisional Court's decision in the FCA Test Case, that they were not entitled to be indemnified for financial losses caused by the Covid-19 pandemic. These policyholders should carefully review their policies in light of this decision.

Axa have to date only stated that they are giving the Court’s decision “careful consideration”; therefore, at this stage, it is not known whether Axa will appeal the decision.

... the decision of the Supreme Court has moved the goalposts and the argument which has emerged is materially different. 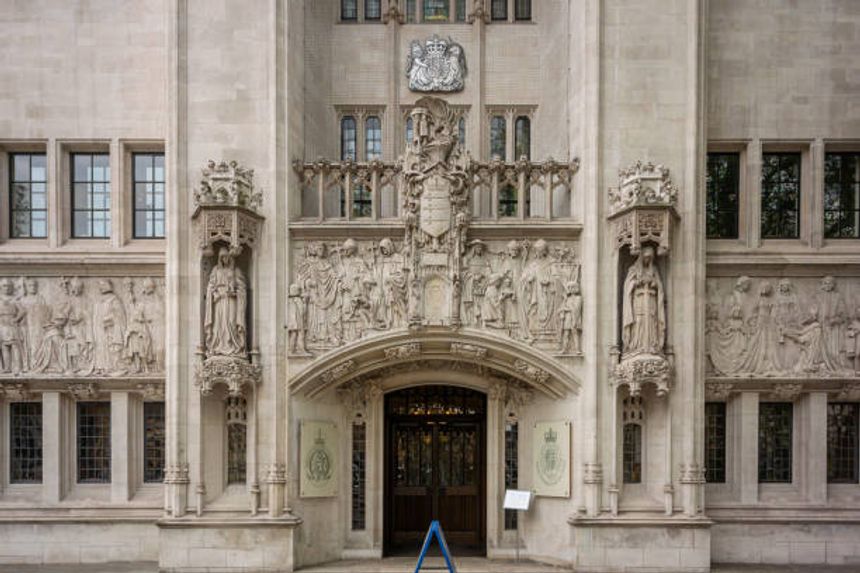