This browser is not actively supported anymore. For the best passle experience, we strongly recommend you upgrade your browser.
viewpoints
Welcome to Reed Smith's viewpoints — timely commentary from our lawyers on topics relevant to your business and wider industry. Browse to see the latest news and subscribe to receive updates on topics that matter to you, directly to your mailbox.
All Posts Subscribe
May 11, 2022 | 2 minutes read 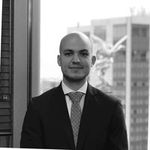 Uncertainty abounds regarding the future of Mexico’s electricity market given a series of regulations the federal administration has introduced. A clear example is the amendment to the Electrical Industry Law (Ley de la Industria Electrica) passed by Mexico’s Congress in March 2021. This reform aims to revive the Federal Electricity Commission's (CFE) role as the majority player in Mexico’s electric power industry undercutting the Mexican electricity market’s opening to private investment.

At its core, the reform prioritizes the CFE’s supply of power over private suppliers, including over electricity produced from renewable or clean sources. The amendment also seeks to increase CFE’s ability to supply electricity to meet the national electricity demand by up to 54%. An additionally volatile topic is the Energy Regulatory Commission (CRE) to review and simply terminate ongoing private contracts and should it deems them to be “fraudulent” (fraude a la ley).

From its inception, this recent legal reform has been a target of multiple claims from both the private sector and congressional representatives. The law has been characterized by some opponents as regressive given that detractors contend it: (i) affects competitiveness in the electricity industry; (ii) favors “dirty” generation sources over clean sources; (iii) has the potential to disregard valid permits and sales contracts; and (iv) breaches provisions of investment treaties such as the USMCA.

As part of the ongoing legal developments around the legislation, on April 7, 2022, the Supreme Court analyzed a constitutional challenge brought by a group of senators arguing the reform violated Mexico’s Constitution. Ultimately, seven out of eleven Supreme Court justices found, on different grounds, that the new legislation to be contrary to the Constitution. However, given rules requiring a qualified majority, the Supreme Court fell one vote shy of being able to invalidate key provisions of the reform.

The result of the Court’s decision, by no means, may be considered a recognition of the reform’s constitutionality nor does affect private claims filed to date. The sole legal implication is that federal courts will now have to analyze each dispute involving the Electrical Industry Law on a case-by-case basis to rule on the law’s viability.

Although the justices’ opinions are not binding, their reasoning is persuasive on subsequent rulings. There are currently two specialized federal antitrust courts presiding over private actions touching on the legality and constitutionality of the reform. It is estimated that scores of private companies and non-governmental organizations have filed more than 200 claims (amparos) before federal courts regarding this governmental reform. In short, the legal actions (and debate) over the modifications to the Electrical Industry Law are far from over.

While the law wasn’t declared unconstitutional, a majority of the justices voted against its fundamental articles, setting an important precedent for companies that seek to take legal action against them in lower courts