This browser is not actively supported anymore. For the best passle experience, we strongly recommend you upgrade your browser.
viewpoints
Welcome to Reed Smith's viewpoints — timely commentary from our lawyers on topics relevant to your business and wider industry. Browse to see the latest news and subscribe to receive updates on topics that matter to you, directly to your mailbox.
All Posts Subscribe
June 14, 2022 | 2 minutes read

Will the "ditch the disc" movement succeed in order to improve access to patients' prior radiological images? 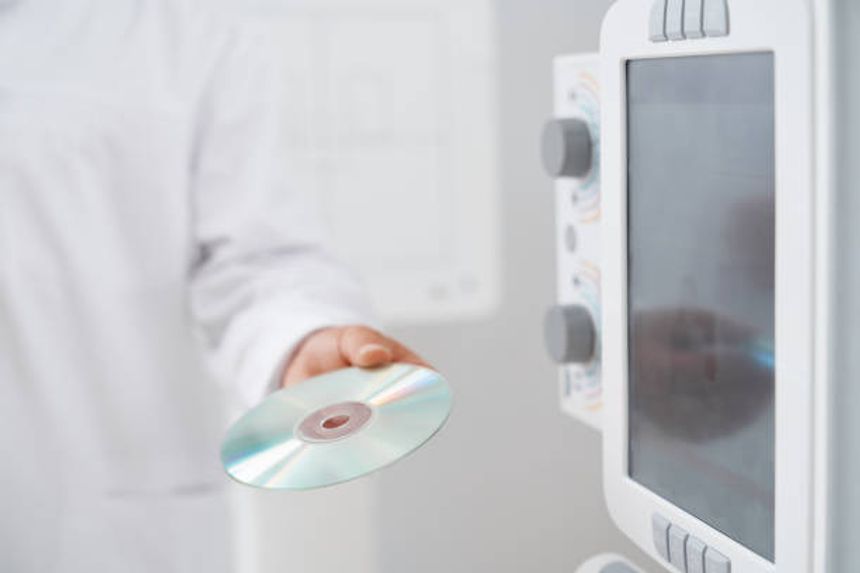 Diagnostic radiologists constantly adapt and change as technology advances. One of those changes has been a marked increase in the review of prior images when radiologists are presented with new radiological images. Prior images are available for review on the picture archiving and communication system (PACS) that stores and digitally transmits electronic images and clinically-relevant reports. Vendor-neutral archive (VNA) solutions aid radiologists access to prior images across disparate PACS vendor networks. But the transfer of radiological images remains burdened by the widespread use of CDs to transmit a patient's images. Today, physicians, imaging centers, and even hospitals regularly burn patients' diagnostic images onto a CD which is physically handed to those patients to give to their healthcare providers. The awkward and ineffective transfer of radiological data via CD, unfortunately, continues even in an era where images universally exist in digital file formats.

In a commentary just published in the Journal of Digital Imaging, Dr. Geraldine McGinty of the Weill Cornell Medicine Departments of Radiology and Population Health Sciences urges the end of the use of outdated CD technology to transfer diagnostic images. Dr. McGinity who served as Chair of the American College of Radiology’s Board of Chancellors from 2018 to 2020, describes this effort, which has become known as the "Ditch the Disc" movement, or #ditchthedisc.

Dr. McGinty describes the very real circumstance that prior images performed in facilities outside a radiologist's own institution are largely ignored if the only access to those images is by using the obsolete medium of CDs. The result is that radiologists may too often avoid requesting prior images and interpret current imaging without the important context provided by prior studies given the hassle factor of having no means to those images other than a CD.

Progress is being made to eliminate the dependence on CDs. The ACR’s Commission on Informatics is engaged in the effort to find new pathways. Widespread use of the #ditchthedisc hashtag on social media is raising awareness, and relationships are being built with the companies who are engaged in image sharing to find new solutions.

Dr. McGinty appears to favor a regulatory solution to effectively ban the use of CDs. I see that as a possibility. From my perspective, I wonder if medical liability considerations will compel such a change. The current standard of care for mammography is for the radiologist to read several years of prior films when reviewing current mammograms. Today's risk management and standard of care questions are whether a radiologist risks malpractice actions if they fail to access prior studies for non-breast imaging studies necessary to improve the current diagnosis. Such liability concerns could fuel the need for change.

Steps are being taken to ditch the disk, such as the interoperability provisions of the 21st Century Cures Act and resulting regulations. One hope is that one day patients will have access to all of their personal and universal medical records, facilitated by the assignment to each patient of a national patient identifier number. But this latter step will require Congressional action to repeal the current ban on federal funding for patient ID standards.

In my own legal practice, we are seeing the importance of the need for access to prior images. As we work with radiology groups negotiating hospital-radiology contracts, we regularly seek to amend those agreements to measure turnaround time not from when the test was performed, but from when radiologists have images of appropriate quality capable of being interpreted and when prior images have been made available to the radiologist for review along with the current study.

As Dr. McGinty notes, much work remains to be done. Let's get to work.

"As someone who has worked extensively within the reimbursement policy and regulation space, I am likely biased in thinking that we will not be able to “Ditch the Disk” for good until we are prohibited from using CDs at all."