This browser is not actively supported anymore. For the best passle experience, we strongly recommend you upgrade your browser.
viewpoints
Welcome to Reed Smith's viewpoints — timely commentary from our lawyers on topics relevant to your business and wider industry. Browse to see the latest news and subscribe to receive updates on topics that matter to you, directly to your mailbox.
All Posts Subscribe
August 29, 2022 | 1 minute read

On the 50th anniversary of the enactment of the National Cancer Act (Act), an editorial on the importance of diagnostic imaging in the detection and treatment of cancer has just been published in the journal Radiology.  Authored by a pair of branch chiefs from the Division of Cancer Treatment and Diagnosis at the National Cancer Institute (NCI), the essay celebrates the role of diagnostic imaging technology in the fight against cancer.

After the Act became law, broad authority was vested in the director of NCI to develop the National Cancer Program that included NCI, other research institutes, and other federal and nonfederal programs. This program has been the foundation of financial support for the vast amount of government-funded cancer research conducted over the last five decades. Diagnostic imaging was key to the success of many of those research endeavors.

The essay calls out the contributions of the advanced imaging modalities that have emerged over the past 50 years: CT, MRI, PET and other imaging technologies. Because of the advances in CT, such as high-resolution three-dimensional imaging and artificial intelligence–based reconstructions, this modality is broadly adopted in clinical practice in oncology today. The authors note that their search of the NCI funding history revealed: "the vast clinical applications of MRI across the entire spectrum of cancer research and patient care, including early disease detection, diagnosis, prognosis, treatment, and response assessment." Similar plaudits for PET's role in diagnosis and in the staging of cancer treatment plans.

It is very appropriate that this team from NCI paused at the 50th anniversary of the National Cancer Act to reflect on the advances that have been made in advanced diagnostic imaging and the key role these modalities have played over those years in cancer research.

As with other medical specialties, the practice of clinical oncology has been fundamentally improved by advances in medical imaging technologies in the past 50 years, as most tumor detection is now commonly performed with medical imaging. Image-based assessment plays a critical role in monitoring disease progression, informing and guiding treatment, and evaluating treatment response. 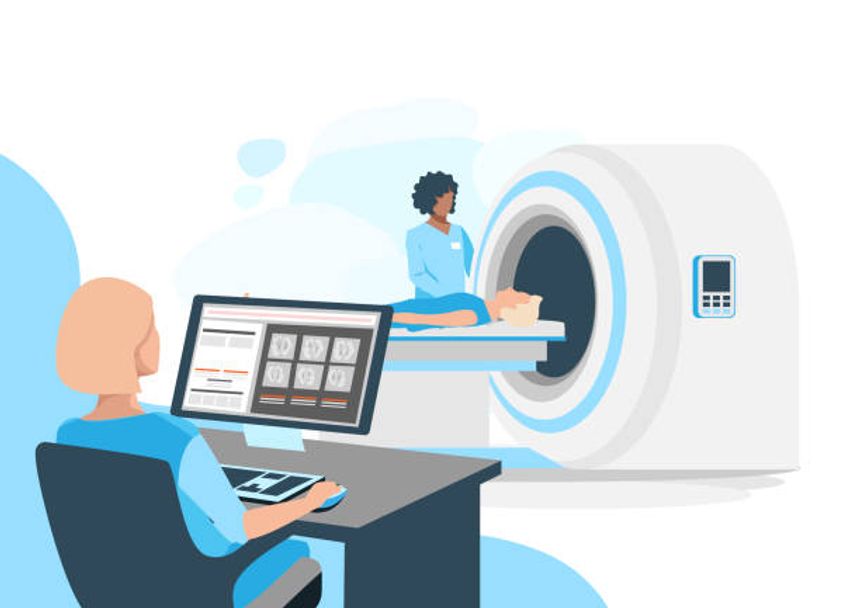