This browser is not actively supported anymore. For the best passle experience, we strongly recommend you upgrade your browser.
viewpoints
Welcome to Reed Smith's viewpoints — timely commentary from our lawyers on topics relevant to your business and wider industry. Browse to see the latest news and subscribe to receive updates on topics that matter to you, directly to your mailbox.
All Posts Subscribe
September 23, 2022 | 4 minutes read

Modern Attachments and The People's Court

The “People’s Court” has become a tradition at Zapproved’s annual PREX conference held earlier this week in Portland, Oregon. Advocates are invited to debate some of the hot e-discovery issues of the day, but also encouraged to inject some levity. For example, in the inaugural People’s Court several years back, I was assigned to argue the position that companies should have “BYOD” policies, and I started out “misunderstanding” the topic and advocating for “Bring Your Own Dog” to work policies.

In this year’s edition, I was assigned to debate whether “modern attachments” should be included in discovery. You can probably imagine how that might be misunderstood but, so you don’t have to imagine, here is a much condensed/paraphrased version of how the argument started after the Hon. Xavier Rodriguez (U.S. District Judge for Western District of Texas) commenced the proceedings:

Dave: This issue is a perfect example of the over-breadth of discovery today. Attachments never used to be a big issue in discovery, but now everyone seems to be fighting about discovery of “modern attachments.” Society has evolved beyond traditional attachments to all sorts of attachments, independent of gender or formal family relationships, including some modern attachments that never existed before. 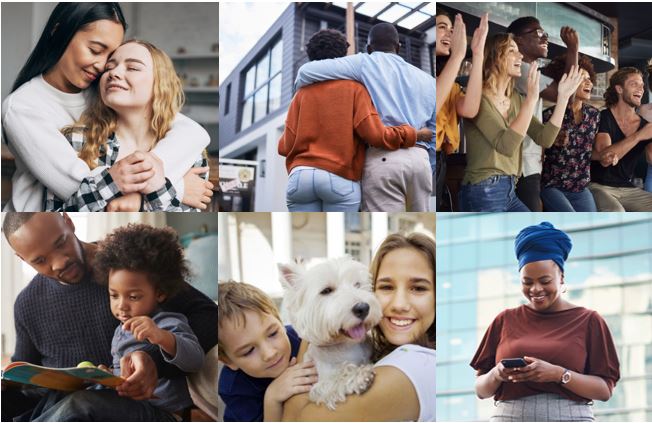 For example, when I started practicing law, no one was particularly attached to their phone, but today we all know lots of people who are—and many people don’t even want to be separated from their cellphones long enough for their contents to be searched for discoverable information. While we can all understand the need for cellphone discovery in some cases, party attachments are a personal issue that have no relevance to the vast majority of cases today and should not be subject to burdensome and intrusive discovery. We all have the right to keep private who, and what, we choose to be attached to, and that should be completely off-limits in discovery!

Judge Rodriguez (interrupting): Dave, sorry to interrupt, but I think you are misunderstanding the issue. The topic here is about attachments to documents that are being produced in discovery—this has nothing to do with personal or family relationships.

Dave: With all due respect, Your Honor, I think that you may be the one who is misunderstanding. I was just involved in a discovery negotiation with opposing counsel where the discussion was all about family relationships—and in particular, they were insisting on discovery of all family members, including parent and child relationships. Many custodians may be parents in their personal life, but litigation is an adult business. Can’t we please keep the children out of it?!

Dave: Your Honor, you say that it is all about documents, but don’t even get me started on the ridiculous positions lawyers are taking with regard to document discovery. For example, in the Musk Twitter lawsuit he claims that he was completely duped about the true number of Twitter users and many of those claims were in documents. The defendants now want to “dedupe” their entire document collection. If they are allowed to dedupe and pull out those duplicitous documents, then how is he supposed to prove his case?

Judge Rodriguez: That is not what they mean by “deduping” the documents…

Judge Rodriguez: This is getting nowhere. Dan Nichols, can I turn to you to elucidate the issue that we are supposed to be debating here?

At that point Dan picked up the argument, straightened out the issue, and made strong arguments about why “modern attachments” on MS365, Slack, and other platforms should always have to be produced with the documents embedding those links. Dan also added some levity of his own, including pictures from the Twilight series and the argument that “some attachments are forever.”

Fortunately, I still had rebuttal time. After noting that Dan was “obviously living in the Twilight,” I presented the serious other side of the issue, pointing out that: (i) the vast majority of produced documents are not important to case resolutions; (ii) hyperlinked documents can specifically be requested and produced in the limited instances they actually might be useful, and (iii) finding and producing the right versions of the linked documents can be extremely burdensome and expensive if that has to be done for too many documents (MS 365 creates new versions whenever changes are made, and maintains up to 50,000 versions of each document). At the end, however, I could not resist also asserting that my opponent, Dan Nichols, was “hiding his true identity because he had already lost this argument in Nichols v. Noom,” where U.S. Magistrate Judge Katharine H. Parker correctly ruled that “modern attachments” are actually hyperlinks that don’t have to automatically be produced with their linking documents. (See Nichols et al. v. Noom, Inc., no. 20-cv-3677 (S.D.N.Y. Mar. 11, 2021)).

Needless to say, the arguments drew many laughs from the audience. Thanks to Dan for his good humor (and for effectively advocating the more difficult side of that argument) and to Judge Rodriguez for not just playing his part in the gag. but also for playing his part so convincingly that members of the audience audibly gasped when I suggested that the Judge might be the one misunderstanding the issue.

The People’s Court was a fun conclusion to a great day of PREX conference programs!