This browser is not actively supported anymore. For the best passle experience, we strongly recommend you upgrade your browser.
viewpoints
Welcome to Reed Smith's viewpoints — timely commentary from our lawyers on topics relevant to your business and wider industry. Browse to see the latest news and subscribe to receive updates on topics that matter to you, directly to your mailbox.
All Posts Subscribe
May 26, 2020 | 4 minutes read

There’s a frustration with humanity that bubbles to the surface when one hears about phony COVID-19 cures.  And, certainly, there probably are those opportunistic individuals who have opted to profit on the fears associated with this global pandemic.

However, there may be folks who are purveyors of homeopathic remedies or immunity boosters whose products are relevant (even if not necessarily proven to be effective) during a time when immunity-boosting is on the minds of many.  (Heck, I’m taking loads of Vitamin C and Vitamin D.)

Before you say, “Don’t tell me that ‘there are good people on both sides,’” hear me out.

The recent FTC Warning Letters to almost 200 websites, including these recent 50, are varied.  They range from those that promote shields claimed to boost the immune system by protecting the wearer from electromagnetic fields (think: Chuck McGill) to those who sell homeopathic treatments and remedies, to those who sell books about homeopathic treatments and remedies.

The FTC’s Warning Letters set forth the standard for health and safety efficacy claims: They must be supported by competent and reliable scientific evidence, including, when appropriate, well-controlled human clinical studies, substantiating that the claims are true at the time they are made.  For COVID-19, no such study is currently known to exist for the treatment, prevention, or cure of COVID-19, and accordingly, the FTC has put these purveyor on notice that they’re likely in violation of § 5 of the FTC Act.

But, a couple of thoughts come to mind.

First, the FTC has an Enforcement Policy for the Marketing of Over-the-Counter Homeopathic Drugs.  Under that policy, the FTC has recognized that the promotion of an OTC homeopathic product for an indication that is not substantiated by competent and reliable scientific evidence may not be deceptive if that promotion effectively communicates to consumers that: (1) There is no scientific evidence that the product works and (2) the product’s claims are based only on theories of homeopathy from the 1700s that are not accepted by most modern medical experts.  To be non-misleading, the product and the claims must also comply with requirements for homeopathic products and traditional homeopathic principles.  Some of the websites receiving Warning Letters had perfunctory disclaimers.  Others place the statement that a product’s efficacy ‘‘has not been evaluated by the Food and Drug Administration.”  The FTC has stated in its enforcement policy that its position is that a simple statement that a product’s efficacy is not supported by scientific evidence does not convey the limited basis for the efficacy claim and that to avoid deceiving consumers, it is likely necessary to explain that it is not accepted by modern medicine.  Query whether some of these sellers who are using the current focus on immunity to talk about their products might look to the FTC’s enforcement policy on the promotion of OTC homeopathic remedies for guidance as to how to proceed.

Second, I am reminded of a recent case in the Federal District of Maryland, F.T.C. v. Agora Financial, LLC.  In that case, Agora and NewMarket Health were publishing entities.  The FTC brought an enforcement action against the defendants for certain promotions.  In one of them, NewMarket Health promoted a newsletter entitled The Doctor’s Guide.  The newsletter was edited by a licensed physician.  The newsletter was promoted in various emails, banner ads, and other advertisements.  The ads directed consumers to a video of the physician promoting the newsletter with statements about a “simple, at-home treatment for Type 2 diabetes” that “has nothing to do with diet or exercise” and “doesn’t involve a single drug either.”  And then, the physician states, “Yet, this new treatment is scientifically proven to reverse every symptom of your diabetes in 28 days.”  Consumers who responded to the ads were solicited to purchase The Doctor’s Guide.  In the publication, there were various dietary recommendations.

What made this case noteworthy was that the court had to determine whether the defendants had a First Amendment defense based on the fact that they were not selling dietary supplements.  They were selling publications.  As the court noted, “Defendants have not attempted to sell a product that they claim will yield particular benefits.  Rather, Defendants advertised a book that provides, in their view, recommendations on how individuals might reduce the risks and symptoms associated with Type 2 diabetes.”  After going through a full-blown commercial speech First Amendment analysis, the court determined that the marketing claims were not “inextricably intertwined” with the protected speech.  When the ads for The Doctor’s Guide just described the contents of the book, those statements were protected to the same level as the book itself.  But, to the extent the advertising went beyond the content of the book, those statements were not protected to the same extent.  Claims that consumers did not need to change their diets were actually inconsistent with statements in the publication exposing the publisher to enforcement by the FTC. Query whether a purveyor of a manual that outlines various remedies and promotes that manual online in a manner that accurately describes the content of the publication should be subject to enforcement under § 5 of the FTC Act.

To be clear, preying upon the fears of consumers to make a quick buck is reprehensible.  It’s just not entirely clear that all sellers of homeopathic remedies or books about such remedies are violating § 5 of the FTC merely by recognizing that immunity from viruses or diseases is top-of-mind in the age of COVID-19.

Eliminating false or misleading information from the marketplace is a key objective of the FTC, and one of the most effective ways the agency does that is by sending warning letters to companies that may be violating the FTC Act. The purpose of FTC warning letters is to warn companies that their conduct is likely unlawful and that they can face serious legal consequences, such as a federal lawsuit, if they do not immediately stop. Overwhelmingly, companies that receive FTC warning letters take steps quickly to correct problematic advertising or marketing language and come into compliance with the law. In many cases, warning letters are the most rapid and effective means to address the problem. 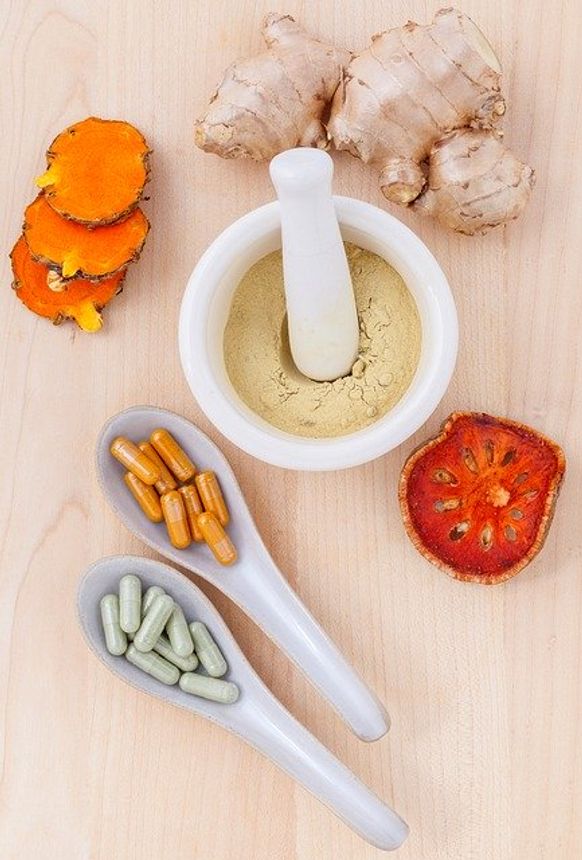