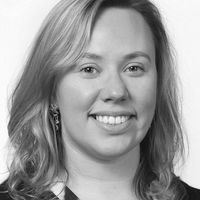 Carnival Corporation is currently facing multiple lawsuits from passengers who were affected by the coronavirus outbreak on board the Grand Princess back in March of this year.

Initially 29 lawsuits, plus an additional lawsuit on the behalf of 31 claimants, were filed but many were thrown out as a Judge ruled that potential exposure did not constitute a claim. Those cases that remain involve claimants that either tested positive, developed symptoms or are representing a person who died from COVID-19.

It is now up to the claimants to prove that they did in fact catch the virus whilst on the ship and had not caught it prior to boarding the vessel, i.e. they must establish causation.

This could be difficult to prove. It is easy to say that they only developed symptoms whilst on the cruise but it is difficult to prove that they caught it on board as this was before testing protocols and declarations of COVID health were being implemented.

With the development of COVID tests this burden of proof will become easier. A negative test result received immediately prior to boarding and a positive one on the return home would make it very difficult for the cruise operators to defend their case. However the use of liability waivers or other such documents may be the route taken by cruise lines to avoid such lawsuits in the future given that thus far there have continued to be outbreaks on cruise ships already sailing, even with stringent checks prior to boarding. This suggests that testing during the incubation period may be inconclusive, as well as the fact there is always the possibility of "false" negative results.

In lawsuits over Covid-19 on Grand Princess, pressing ahead becomes a matter of time