This browser is not actively supported anymore. For the best passle experience, we strongly recommend you upgrade your browser.
viewpoints
Welcome to Reed Smith's viewpoints — timely commentary from our lawyers on topics relevant to your business and wider industry. Browse to see the latest news and subscribe to receive updates on topics that matter to you, directly to your mailbox.
All Posts Subscribe
September 16, 2021 | 1 minute read

An interesting piece by John Cassidy published online in the September 13, 2021, issue of The New Yorker makes the case that the Biden Administration's announcement of the new vaccination mandate is an economic measure. Although the White House promoted the new policy as a public-health measure, Biden’s economic advisers believe that getting control over the spread of the virus is of paramount importance for reviving the economy. According to Cecilia Rouse, chair of the White House Council of Economic Advisers, the recovery “will not be complete until the public health situation is under control."

Notably, Cassidy cites comments from Austan Goolsbee, an economist at the University of Chicago who served as chair of the Obama White House Council of Economic Advisers: “I think that, if they can’t get control of this thing, it is going to end the recovery prematurely. The recovery hasn’t stopped yet, and it’s not too late to get control of the virus. But boy, this had the smell of something bad—and of something worse to come.” Goolsbee noted that, as the number of infections has risen over the past couple of months due to the Delta variant, individuals have again altered their behavior. To the detriment of economic performance.

If Biden's new vaccination mandate policy can be implemented quickly and the mandate survives challenges in the courts, the administration's economic and health policy teams hope that rising vaccination rates can not only help reduce the spread of the virus, but also restore public confidence and lift the economy.

I'm rooting for that as well.

Right now, though, with the economic recovery showing signs of sputtering, the primary task is to curb the spread of the Delta variant, and that is what the White House is attempting to do. 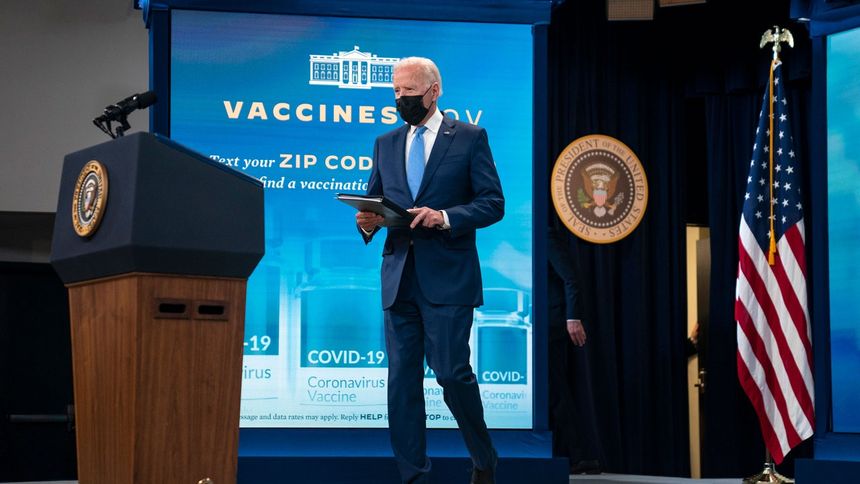