This browser is not actively supported anymore. For the best passle experience, we strongly recommend you upgrade your browser.
viewpoints
Welcome to Reed Smith's viewpoints — timely commentary from our lawyers on topics relevant to your business and wider industry. Browse to see the latest news and subscribe to receive updates on topics that matter to you, directly to your mailbox.
All Posts Subscribe
January 24, 2022 | 1 minute read

Sometimes implicit biases manifest themselves immediately; other times they remain hidden even though they may have equally negative consequences.  A study from researchers at the University of Chicago used machine learning to analyze thousands of patient medical records. The authors found that "compared with White patients, Black patients had 2.54 times the odds of having at least one negative descriptor in the history and physical notes."

Fifteen "negative descriptors"  were selected for inclusion in the analysis: (non-)adherent, aggressive, agitated, angry, challenging, combative, (non-)compliant, confront, (non-)cooperative, defensive, exaggerate, hysterical, (un-)pleasant, refuse, and resist.  The researchers "categorized the use of each descriptor in one of three possible ways: negative (for example, '[the patient] has been poorly compliant' or 'uncooperative with his physical exam' or 'is non-adherent with her medication'), positive (for example, '[the patient] has been compliant' or 'is calm and cooperative with interview' or 'reports adherence with home medications'), or out of context (for example, 'using a non-compliant balloon' or 'airway semi-cooperative' or 'non-adherent bandage')."

The study authors noted several limitations to the study, including, perhaps most importantly, "that the use of negative descriptors might not necessarily reflect bias among individual providers; rather, it may reflect a broader systemic acceptability of using negative patient descriptors as a surrogate for identifying structural barriers. Use of the term 'noncompliant,' for instance, does not carry neutral connotations, but race-based differences in treatment compliance often reflect underlying structural challenges (for example, medical distrust or financial hardship) rather than individual patient motivations or behaviors."  Nevertheless, "the application of such terms thus can stigmatize patients for factors outside of their control, regardless of the ontology of bias."

According to the researchers, their findings "suggest disproportionate use of negative patient descriptors for Black patients compared with their White counterparts, which raises concerns about racial bias and possible transmission of stigma in the medical record."  In particular, information added to a medical record (much like the mythical "permanent record") can follow a patient for years and silently influence the way they are treated by other healthcare providers.  The study highlights the importance of implicit bias training among healthcare workers, which the authors suggest should include "preventing the introduction of biased language by providers, preventing the perpetuation of biased language by members of the health care team, and increasing awareness of the effects of providers’ language on the patient relationship. Interventions may include provider bias training and addressing health care system factors that may predispose providers toward expressions of bias."

Our findings suggest disproportionate use of negative patient descriptors for Black patients compared with their White counterparts, which raises concerns about racial bias and possible transmission of stigma in the medical record. 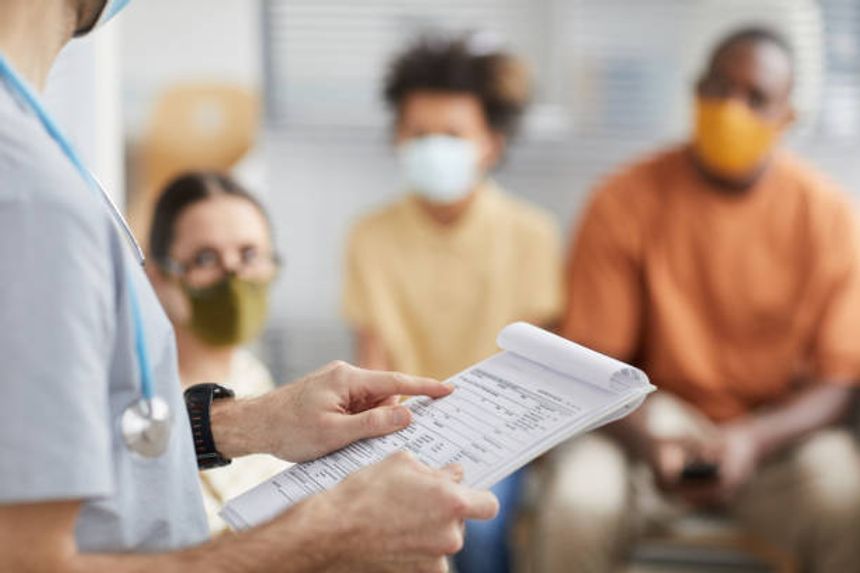