This browser is not actively supported anymore. For the best passle experience, we strongly recommend you upgrade your browser.
viewpoints
Welcome to Reed Smith's viewpoints — timely commentary from our lawyers on topics relevant to your business and wider industry. Browse to see the latest news and subscribe to receive updates on topics that matter to you, directly to your mailbox.
All Posts Subscribe
February 1, 2022 | 3 minutes read

There is an axiom that good intentions don't ensure good outcomes. Such appears to be the case for radiology departments who have eliminated delays or embargos to patient access to radiology reports in response to the 21st Century Cures Act's (Cures Act) Information Blocking Rule (Rule). Researchers at the Department of Radiology at Massachusetts General Hospital, Harvard University (Mass General) surveyed ordering physicians to assess the practical impact of the removal of the embargo. The results are illuminating about the challenges brought by the Rule.

Background: Prior to the Rule, with the exception of lay language mammography reports, most radiologists' reports were not released to patients while the radiologists were communicating their interpretive findings to the patients' treating physicians. Traditionally, these reports have been embargoed by radiology departments to give ordering physicians the opportunity to first receive, review, and discuss the radiology reports' findings with their patients.

The Cures Act prohibits what is referred to as “information blocking,” subject to eight categories of exceptions, including patient safety, privacy, security, or feasibility. So, do any of those exceptions permit facilities to routinely delay the release of radiology reports? Unless the guidance currently available changes, the answer is likely no.

In FAQs published by the Office of the National Coordinator (ONC) for Health Information Technology, it appears that such delays are considered to be inconsistent with the Rule. The ONC's FAQs state that the practice of an organization with policies to embargo the release of test results is considered "interference" for purposes of information blocking. The FAQs recommend that patients should be able to access their test results as soon as those results become available to the ordering clinician. Here is that Q&A:

-Question: Are actors (for example, health care providers) expected to release test results to patients through a patient portal or application programming interface (API) as soon as the results are available to the ordering clinician? (IB.FAQ24.1.2021JAN)

-Answer: While the information blocking regulations do not require actors to proactively make electronic health information (EHI) available, once a request to access, exchange or use EHI is made actors must timely respond to the request (for example, from a patient for their test results). Delays or other unnecessary impediments could implicate the information blocking provisions. In practice, this could mean a patient would be able to access EHI such as test results in parallel to the availability of the test results to the ordering clinician.

Exceptions are rare. The ONC is open to individualized determinations, on a case-by-case basis, made by ordering clinicians in the exercise of their professional judgment and in the context of the treatment relationship within which they order the test.

The survey and its results: The Mass General survey has verified what many in the industry expected: a significant increase in the volume of patient calls to referring providers following the removal of a radiology report embargo system. The ordering physicians reported patients being alarmed about incidental findings (83.2%), and the report being "unclear" to patients (48%). 50% of the ordering physicians had already implemented changes to their practices in response to the immediate release of radiology results to the online patient portal, including developing systems to handle the increased influx of patient phone calls and messages and scheduling patients’ follow-up clinical appointments closer to the date of their imaging studies.

The survey offered the responding referring physicians the opportunity to offer suggestions for how radiologists can mitigate patient anxiety. One suggestion was to add a clear disclaimer statement on the report that conveys to patients that the ordering provider will require some time to review the radiology results and integrate them with the patient's complete clinical picture before contacting the patient. Another strategy offered was to develop educational materials for patients such as a glossary of common and confusing radiologic terms with simple, lay-language definitions. This may help to improve patient understanding and decrease anxiety given that unclear language in radiology reports is a problem commonly cited by patients.

The researchers noted that some respondents suggested that re-instituting the delayed release of radiology results (the embargo) would be helpful to referring providers. However, the researchers explained that this suggestion cannot be considered because the Mass General compliance department has determined that re-instituting the embargo would likely violate the information blocking provisions of the Cures Act.

In response, the researchers reported that the Mass General radiology department is currently working with the institutional digital health team to craft a disclaimer statement in the online portal that will inform patients that their results should be interpreted in the context of their complete clinical picture and that the ordering providers require time to review and make sense of the radiology results. Additionally, Mass General is establishing a formalized radiology consultant role for every radiology subspecialty. These consultants will be available to referring providers both in-person at designated workstations in the reading rooms or through a centralized telephone hotline to provide wet-reads and clarifications of finalized reports. This of course requires a significant investment of time and resources.

A large academic institution like Mass General may have the resources to implement such mitigation measures. But one wonders how the average radiology practice can cope with the challenges brought by the elimination of report embargos as a result of the Information Blocking Rule. Time will tell.

Practices contemplating the removal of their report embargoes in response to the information-blocking provision of the Cures Act should be aware of the potential impacts on patients and referring providers and consider strategies to mitigate patient anxiety and provider workflow disruption. 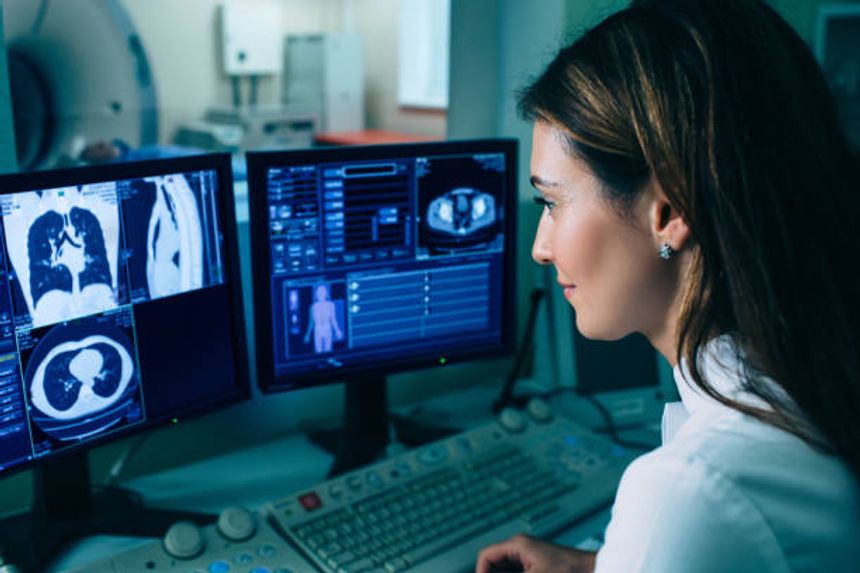