This browser is not actively supported anymore. For the best passle experience, we strongly recommend you upgrade your browser.
viewpoints
Welcome to Reed Smith's viewpoints — timely commentary from our lawyers on topics relevant to your business and wider industry. Browse to see the latest news and subscribe to receive updates on topics that matter to you, directly to your mailbox.
All Posts Subscribe
March 2, 2022 | 1 minute read

Kudos to those working to gain early detection of lung cancer

In the U.S., lung cancer ranks as the second most common cancer in both men and women. Unfortunately, it also ranks as the leading cause of death from cancer, due in large part because most diagnoses occur when the patient is in a late stage of the disease. With the right therapy, five year survival in lung cancer patients can exceed 80% for stage one lung cancer, compared with less than 10% for those patients treated when their cancer is in stage four. Lung cancer screening using low-dose CT (LDCT) is effective in detecting early-stage lung cancer, but much needs to be done to get vulnerable patients tested. Fewer than 5% of eligible individuals currently utilize lung cancer screenings.

Policymakers and providers are trying to change that pattern. As we reported, the Centers for Medicare and Medicaid Services (CMS) announced finalized and significant modifications to its National Coverage Determination (NCD): Screening for Lung Cancer with Low Dose Computed Tomography (LDCT). In doing so, CMS eliminated many of the barriers to qualified patients’ ability to gain access to important LDCT lung cancer screenings.

In an original article in the Journal of the American College of Radiology this month, researchers from the University of Texas Southwestern Medical Center, Dallas, Texas, describe the results to date from the Lung Cancer Screening and Patient Navigation (LSPAN) - established in May 2018 - to provide comprehensive lung cancer screening with tobacco cessation counseling in rural and medically underserved counties across North Texas targeting residents with an elevated risk for lung cancer.  They found that implementation, uptake, and completion of LDCT screening for lung cancer are feasible in a rural setting, particularly when supported by community outreach, health promotion, and algorithm-based navigation. It is encouraging to see these results.

In the newly revised national coverage determination, CMS took significant steps to improve access to lung cancer screenings in the United States. The  American College of Radiology (ACR) and numerous other advocacy and provider groups worked diligently to encourage CMS to make significant improvements in the NCD to eliminate barriers to screening. This week the ACR released a detailed and well-done summary of the revised NCD. For a truly deep understanding of the coverage determination, I commend this detailed report from ACR to your attention.

Kudos to all the advocates, provider organizations, and policymakers who are committed to bringing early detection to the deadly curse of lung cancer.

Lung cancer remains a highly lethal disease, with poor outcomes primarily driven by late stage at diagnosis. Although highly effective treatment options are available for localized disease, only one-third of patients present at these stages. 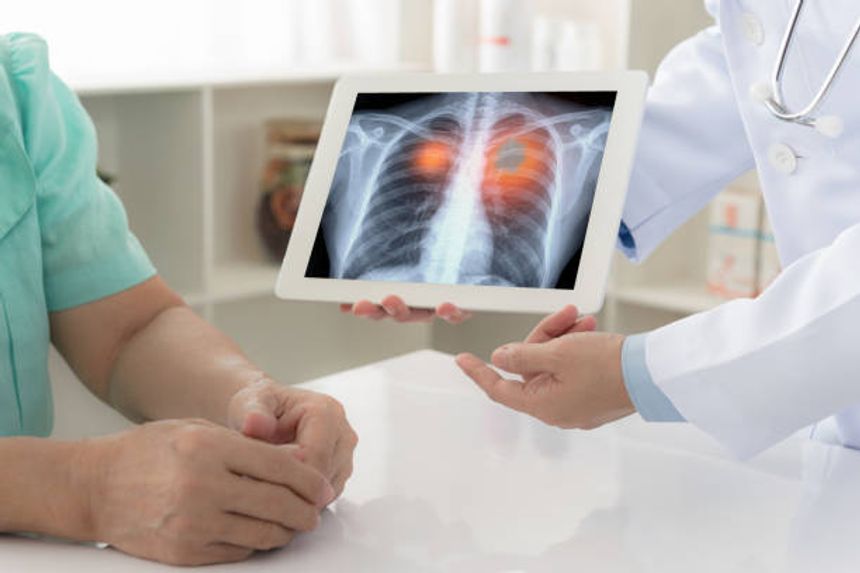