This browser is not actively supported anymore. For the best passle experience, we strongly recommend you upgrade your browser.
viewpoints
Welcome to Reed Smith's viewpoints — timely commentary from our lawyers on topics relevant to your business and wider industry. Browse to see the latest news and subscribe to receive updates on topics that matter to you, directly to your mailbox.
All Posts Subscribe
April 25, 2022 | 3 minutes read

We are all familiar with the Airbus A380.  As the world’s largest passenger aircraft, it is a giant workhorse of an aircraft and crucial to international commercial travel.  To some, an A380 running on 100% Sustainable Aviation Fuel (SAF) would be unthinkable.  Airbus just proved those doubters wrong.

Although all aircraft across the Airbus product line are certified to fly with a 50% SAF blended with traditional kerosene, the A380 flight demonstrates the company’s journey to achieving the industry’s ambition of net-zero carbon emissions by 2050.  Airbus’ additional goals are to have its aircraft certified to fly on 100% SAF by the end of the decade and to bring the world’s first zero-emission aircraft to market by 2035.

The future of aircraft running on 100% SAF is closer than we think, and the airlines appear committed to such a transition.  In the U.S., United Airlines conducted a successful passenger flight using 100% SAF, while American Airlines committed to buying 16 million gallons of SAF per year for seven years, beginning in 2024.  In 2016, Alaska Airlines flew the first commercial flight using in part sustainable, alternative jet fuel made from forest residuals of the Pacific Northwest—limbs, stumps, and branches left over after a timber harvest or forest thinning of managed forests on private land.  SAF and implementation of newer, more efficient aircraft are the most common methods airlines are utilizing to improve the sustainability of their operations. Airlines can also implement better route planning algorithms or reduce operational waste, and put more money and resources into research on studying fuel alternatives like hydrogen fuels and electric propulsion.

In December 2021, President Biden signed an executive order aimed at tackling the climate crisis.  Among the Order’s ambitious goals is a general net-zero emissions target by 2045, including a 50% emissions reduction by 2032.  President Biden also recently renewed calls for tax incentives and credits for low carbon jet fuel as part of a broader climate and social spending package.  Some observers cite the extreme difficulty in getting to such a figure without increasing the competitiveness of biofuel.

There are four bills before Congress designed to encourage SAF production and use:  H.R.741 (the Sustainable Aviation Fuel Act) and its Senate companion S.1608; and S.2263 with its House companion H.R.3440. The Act, authored by Rep. Julia Brownley (D-Calif.), would provide directed research and grant funding for SAF supply chain development and establish an aviation-only low carbon fuel standard.  The proposed standard would mandate a 20 percent less carbon-intense fuel market compared to 2005 by 2030, and a 50 percent less carbon intense market by 2050. H.R.741 also contains a tax credit provision that is the primary initiative of S.2263 (the Sustainable Skies Act).  This “blenders tax credit” would help lower the production cost of SAF by providing a credit of at least $1.50 per gallon for sustainable fuel that reduces carbon intensity by 50 percent compared to conventional fuel.  The credit scales up to $2.00 ($1.75 in H.R.741) as the carbon reduction reaches 100 percent. This credit would help reduce the costs of SAF, making it more competitive with conventional jet fuel, and would level the playing field for sustainable aviation fuel competing with renewable diesel for feedstock and refinery capacity.  This legislation remains pending despite bipartisan support from at least 70 representatives. There is a possibility it could be tacked onto a larger budget or other bill.

China also recently announced that it will introduce new incentives to cut pollution and carbon emissions this year, as it tries to recover from COVID-19’s impact on its economy and supply chains.  By 2025, China’s aviation sector aims to reduce carbon emissions per ton-km by 4.5%, and energy consumption per person-time in the airport by 10% from 2020 levels, in part through working with the International Civil Aviation Organization to develop standards for decarbonization technologies in aviation.  China Airlines committed to achieving net zero carbon emissions by 2050 and became the first airline in Taiwan to use SAF when ferrying new A350-900 aircraft back to Taiwan in 2017.  Since 2021 every A321neo next-generation green passenger aircraft of China Airlines has used 10% SAF in their fuel flow for ferry flights, reducing carbon emissions by approximately 80% compared to conventional aviation fuel.

It is clear that reduction of emissions is just one piece of the puzzle that is combatting climate change, but joint efforts by public and private sectors across the globe represent a pivotal step in matching that piece to its proper place.  Airbus’ recent flight showcases that new innovations may arrive sooner than we think.  On the horizon appears to be financial as well as other private/public sector motivation for the airlines to transition to SAF. 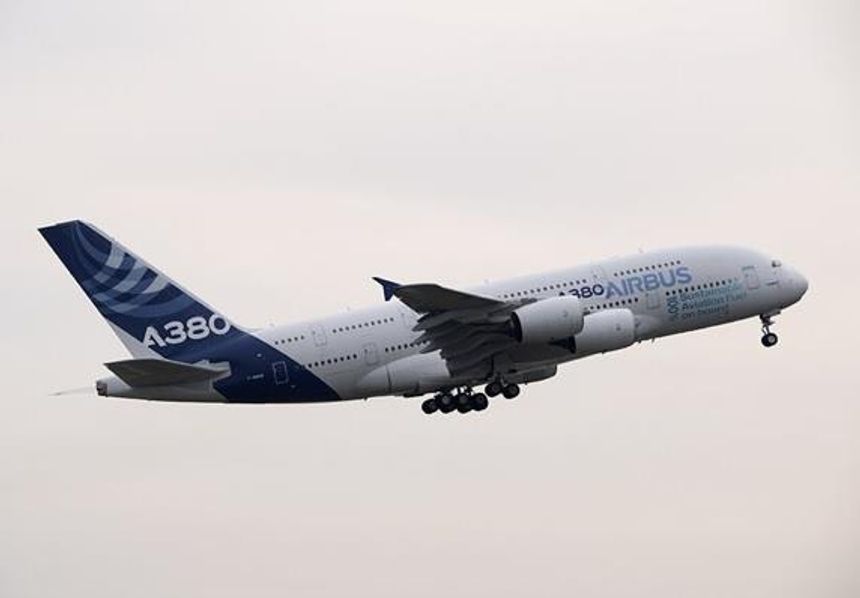