This browser is not actively supported anymore. For the best passle experience, we strongly recommend you upgrade your browser.
viewpoints
Welcome to Reed Smith's viewpoints — timely commentary from our lawyers on topics relevant to your business and wider industry. Browse to see the latest news and subscribe to receive updates on topics that matter to you, directly to your mailbox.
All Posts Subscribe
June 6, 2022 | 2 minutes read

A diagnostic radiologist has a duty of due care to patients as he or she provides professional services. In delivering that care, malpractice claims can arise from failure to perceive and report all significant abnormalities when interpreting radiological images. Case law has also created a separate duty to communicate findings where liability arose from the failure to properly communicate results, even when no interpretation errors were made.

In a new original article in the Journal of the American College of Radiology (JACR), radiologists from the University of Pennsylvania and the Washington University School of Medicine introduce the feasibility of utilizing informatics solutions to improve radiologists' communication of reports in order to decrease professional liability risk from failure to properly communicate findings. In doing so, the authors describe the use of human-powered, purely automated, and hybrid approaches to closing the communications loop in reporting radiology findings.

I vividly remember the early debates on the floor of the Council of the American College of Radiology (ACR) on radiology communications when I served as the general counsel to the ACR. In 1990, ACR issued its first practice parameter focusing on communication of mammography results, adopting the following statement:

All reports in the high probability category should be communicated to the referring physician or his designated representative by telephone, by certified mail, or communicated in such a manner that receipt of the report is assured and documented.

The very next year, the ACR Council adopted its first practice parameter dealing exclusively with communication in all aspects of diagnostic radiology, acknowledging that there are circumstances that "may require direct communication of unusual, unexpected, or urgent findings to the referring physician in advance of a formal written report.”

The authors of the JACR articles describe human-powered solutions used in communication, but conclude that such an approach is resource-intensive and difficult to scale. They believe that a fully-automated solution can close the communications loop, but it must be carefully integrated into the other systems that already operate in the clinical workflow. The authors ultimately give their nod to a hybrid option that standardizes and automates the notification process without taking away the radiologists’ interactions with patients and referring clinicians. "Keeping a human in the loop while maximizing the capabilities of an automated system allows for a safety net, such that when the software exceeds its ability to close the follow-up loop, the human can take over."

The authors report the adoption of the Patient Test Result Information Act enacted in 2018 in the Commonwealth of Pennsylvania requiring direct notice to patients of “significant” abnormalities on imaging studies. The Pennsylvania law requires that patients receive findings of tests “which would cause a reasonably prudent person to seek additional or follow-up medical care within three months”. The authors note indeterminate results from the legislation to date. They observe that patients appear to have a poor understanding of the report language which could further decrease any positive impact of this law on patient outcomes.

Curiously, the authors do not discuss the information blocking provisions of the 21st Century Cures Act, which has led a growing number of imaging centers and radiology departments to terminate report embargoes and to provide patients immediate access to their written radiology reports. The information blocking rules have triggered much discussion about how radiologists can best communicate directly with patients, including studies assessing the feasibility of video radiology reports, and the use of interactive multimedia reporting of radiologists' finding using interactive web page-style formats with diagrams and embedded plain language explanations of medical terms.

Understanding that radiologists have a medical-legal duty to properly communicate their findings, together with an awareness of the information blocking provisions of the 21st Century Cures Act, are bringing remarkable disruptive change to the reporting of radiologists' findings to both patients and their physicians.

Failure to communicate is one of the top five factors related to malpractice against radiologists. A perceived “failure” may occur as a result of routine (via the written report) or nonroutine (additional means to deliver results) methods. 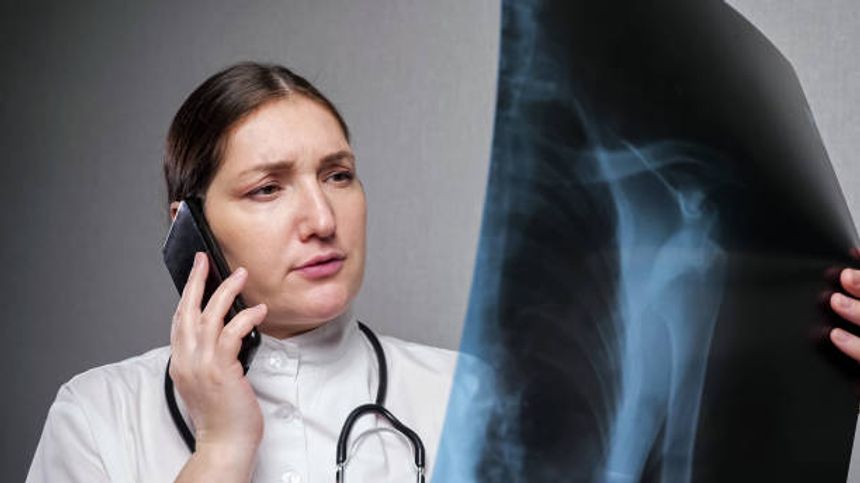