This browser is not actively supported anymore. For the best passle experience, we strongly recommend you upgrade your browser.
viewpoints
Welcome to Reed Smith's viewpoints — timely commentary from our lawyers on topics relevant to your business and wider industry. Browse to see the latest news and subscribe to receive updates on topics that matter to you, directly to your mailbox.
All Posts Subscribe
June 20, 2022 | 1 minute read

Pretty critical, according to Embraer executives speaking to the media last week about the future of the eVTOL market. While various models of eVTOL will have to commence operations with a pilot onboard, the longer term goal is to achieve certification for eVTOLs that fly autonomously, without a pilot. The ultimate viability of the eVTOL proposition relies in no small part on achieving this.

This is for a number of reasons – not the least of which is the ongoing pilot shortage, which will worsen as large numbers of eVTOL units enter operation in the next few years. Pilots also take up valuable space in these very small aircraft, contributing to power burn while occupying space that might otherwise be available to a paying passenger.

We have suggested that there might be an interim stage in this evolution, such that eVTOLs could be piloted remotely using technology like the metaverse. For a four-seat vehicle, removing the pilot would represent an immediate 25% improvement in return for the operator and would enable the industry to reach economic sustainability sooner, even before complete autonomy of flight is achieved. You can read our thoughts here.

“This is something that could dramatically change the economics and allow the industry to grow because today there is a shortage of pilots,” he explained. “If you think of eVTOL [aircraft] today, it’s one pilot for four passengers…Eve will only fulfill the vision of scaling if it is autonomous.” 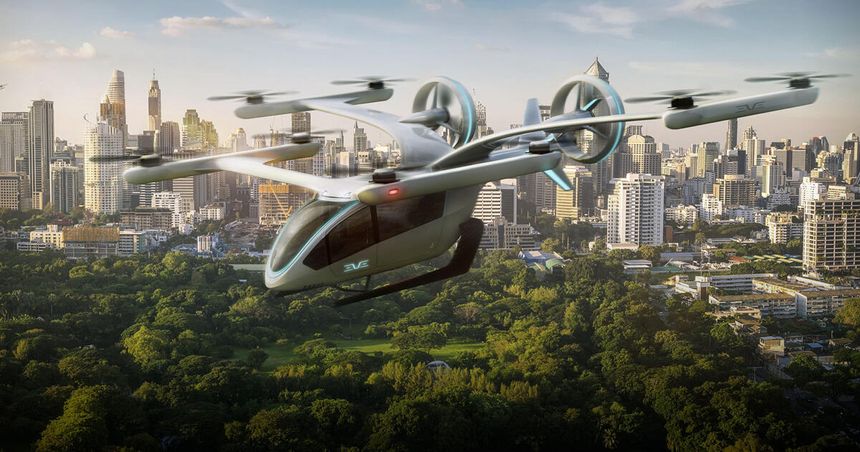