This browser is not actively supported anymore. For the best passle experience, we strongly recommend you upgrade your browser.
viewpoints
Welcome to Reed Smith's viewpoints — timely commentary from our lawyers on topics relevant to your business and wider industry. Browse to see the latest news and subscribe to receive updates on topics that matter to you, directly to your mailbox.
All Posts Subscribe
June 30, 2020 | less than a minute read 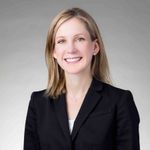 On June 26, the FCC extended its previous limited-waiver of the sponsorship identification rule contained in Section 317(a) of Communication Act until August 31, 2020.  Under the waiver, an advertiser is permitted to donate paid-for broadcast time for the broadcast of COVID-19-related public service announcements (PSAs) by the CDC, other governmental entities, or public health authorities without being identified. Normally under the sponsorship identification rule,  when a broadcast station transmits any matter for which money, service, or other valuable consideration is either directly or indirectly paid or promised to, or charged or accepted, by such station, the station, at the time of the broadcast must announce: (1) that such matter is sponsored, paid for, or furnished, either in whole or in part, and (2) by whom or on whose behalf such consideration was supplied.  Thus, without the waiver, if an advertiser were to donate media time to the Ad Council to broadcast a COVID-19 related PSA, the advertiser would have to be identified as having donated the media time.  Such identification could undermine the credibility of the PSA message or negatively impact the advertiser donating the media time.